Our take on this year’s festive offerings.

By now we reckon all the brands who are taking a piece of the 2019 festive media pie have aired their offerings. As ever the folk here at krow Central have been reviewing, debating, critiquing, loving and hating this years ads. 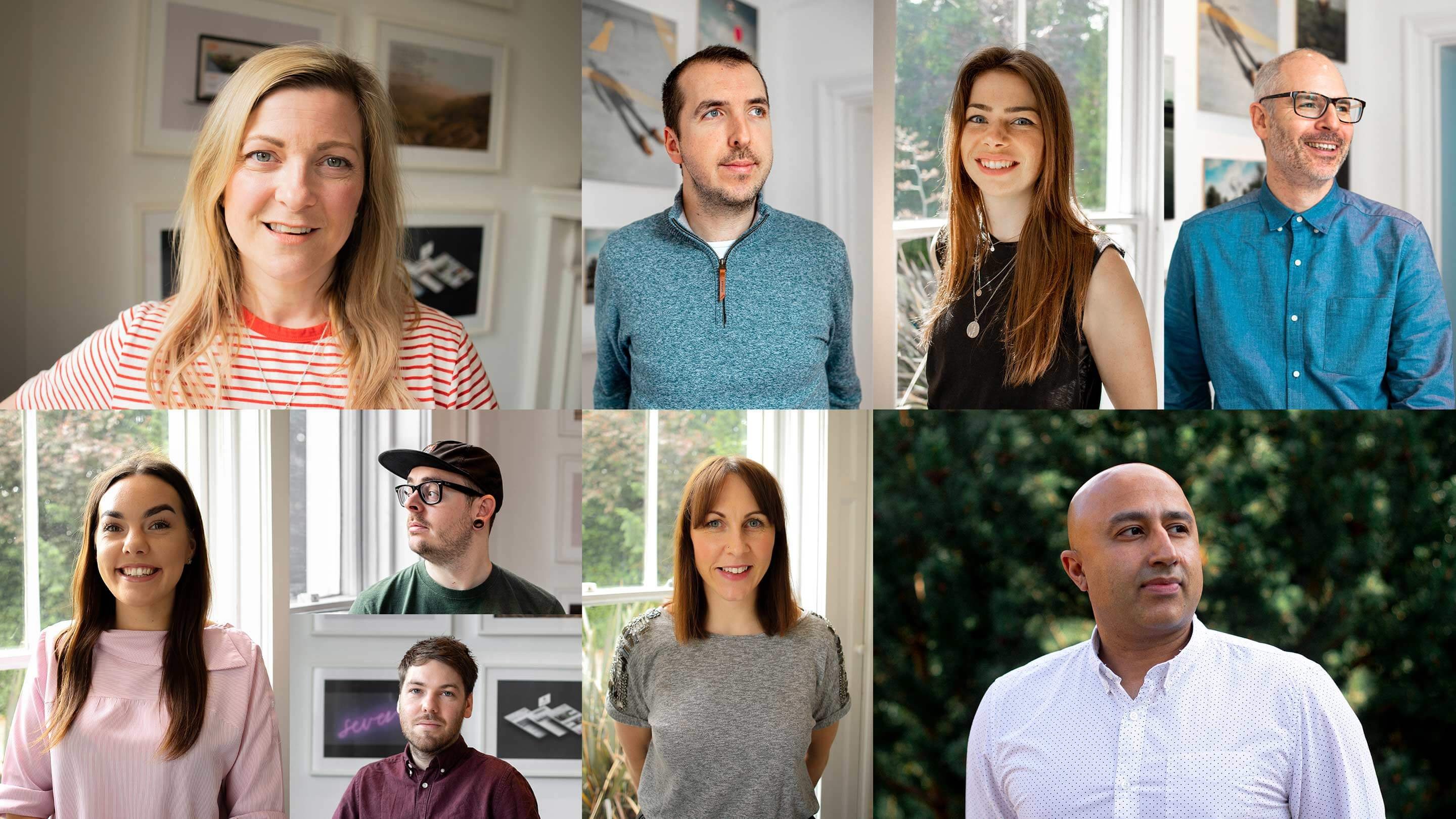 It’s nice to see that McDonalds are once again giving away free Reindeer Treats on Christmas Eve helping families get #ReindeerReady. The ad neatly transitions the characters from animation to real life which helps engage the audience with the story telling. The relationship between the two sisters portrays a dynamic that most siblings can relate to, with Ellie (the younger sibling) pestering Jenny (the older sibling) to play ‘reindeers’, Jenny is far too grown up to play along but then soon comes round when they go to McDonalds to get some more ‘Reindeer Treats’. I think the ad can really get you in the festive spirit, are you #Reindeer Ready?! – Chloe Spencer 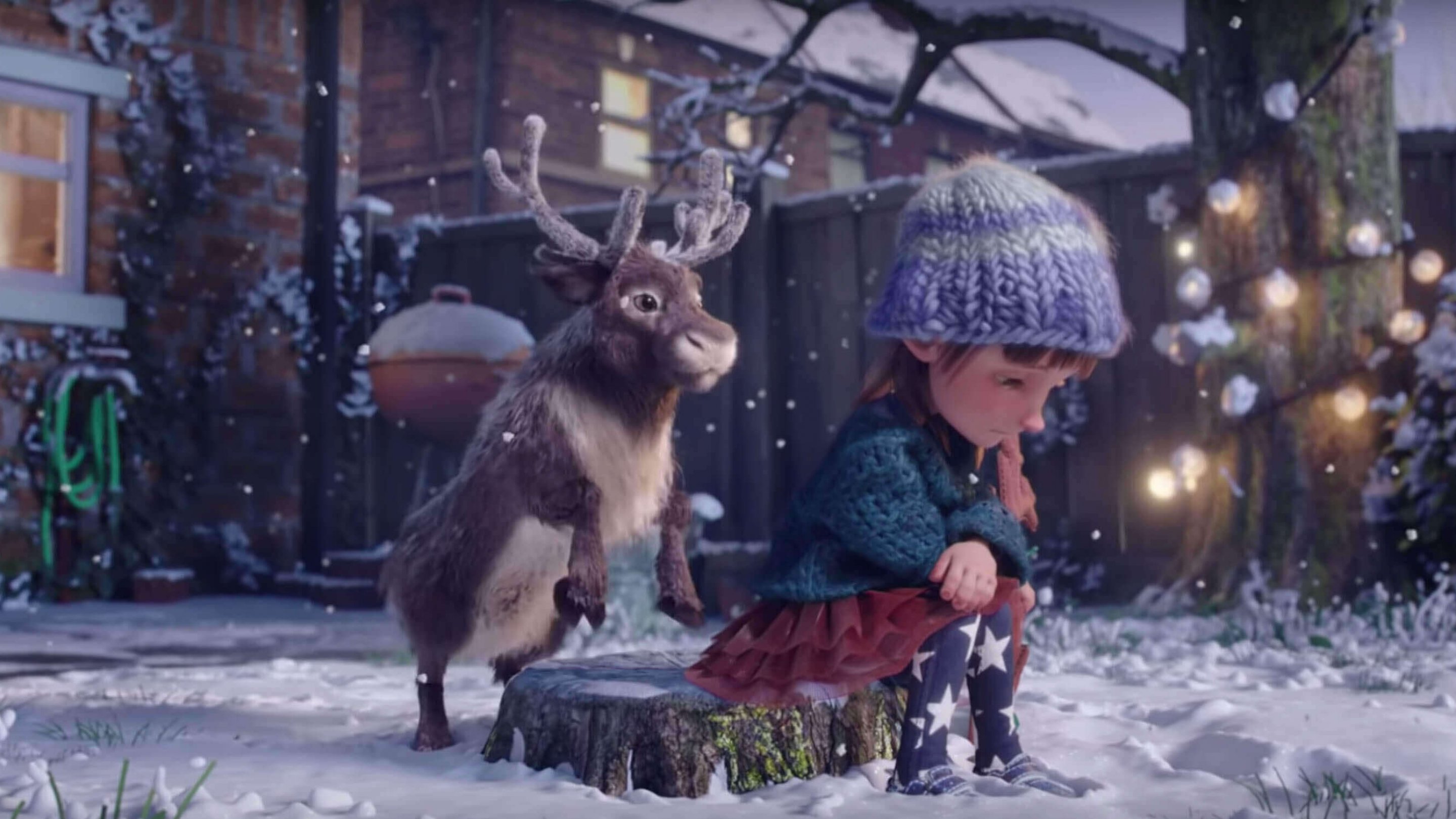 For so many of us, the twinkling Coca-Cola trucks are an essential part of Christmas, and with the trucks rocking up in cities around the UK over the coming weeks you do get a sense that the holidays are coming. But when does a ‘classic ad’ (their words not mine) – stop being classic? With their sickly-sweet ingredients, have they landed the perfect ad and put their feet up?

Let’s be honest, other brands have raised the bar again this year and, in my opinion, the ‘creative inflation’ we are witnessing this year is going to leave Coke looking like the less-than-memorable present from Auntie Betty that’s kicked back under the tree. – Tim Wilson-Frier 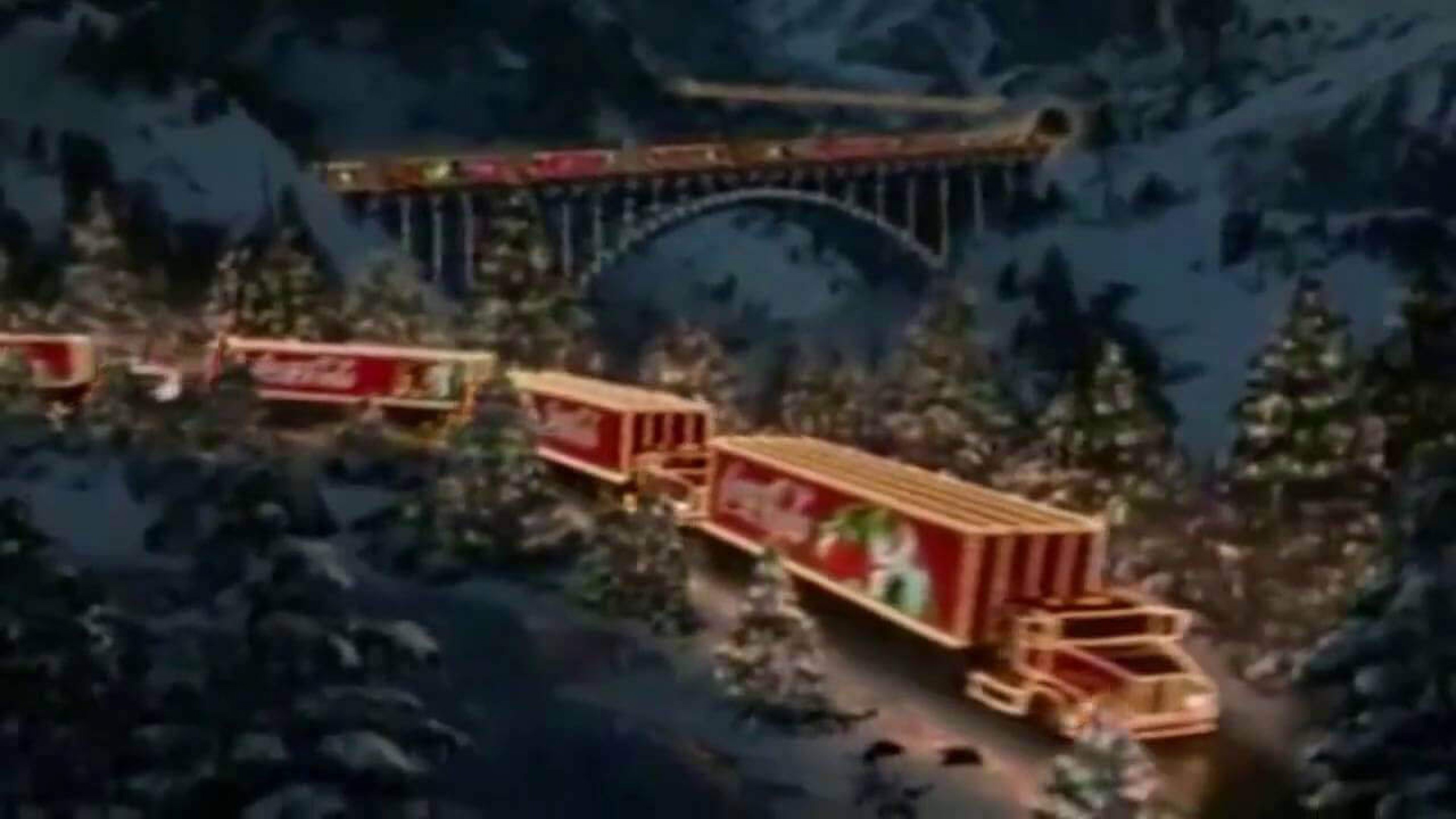 Budubup-bup. Ikea wins the Christmas war for me with an ad so far away from the so called “Christmas formula”.

In a space obsessed with togetherness this ad plays to an individual relatable emotion; a tired home. The use of the grime rap is absolute genius. It’s original, it’s catchy and there’s not a cover song in sight. In fact, at times it doesn’t even feel like a Christmas ad. And that is very, very, very, very, very acceptable. – Mark Lees

‘Silence The Critics’ is a standout Christmas ad; mostly because the Christmas theme is subtle. Instead of getting in the ring with the masses of ads targeting those sweet, nostalgic memories to win the belt for the fluffiest ad, Ikea inject a sense of humour with a sprinkling of ‘WTF did I just watch?’. Using D Double E to write the soundtrack is a great nod to the UK’s Grime culture. Solid first UK Christmas ad Ikea, you’ve nailed it. 👏🏻 – Laura Browne 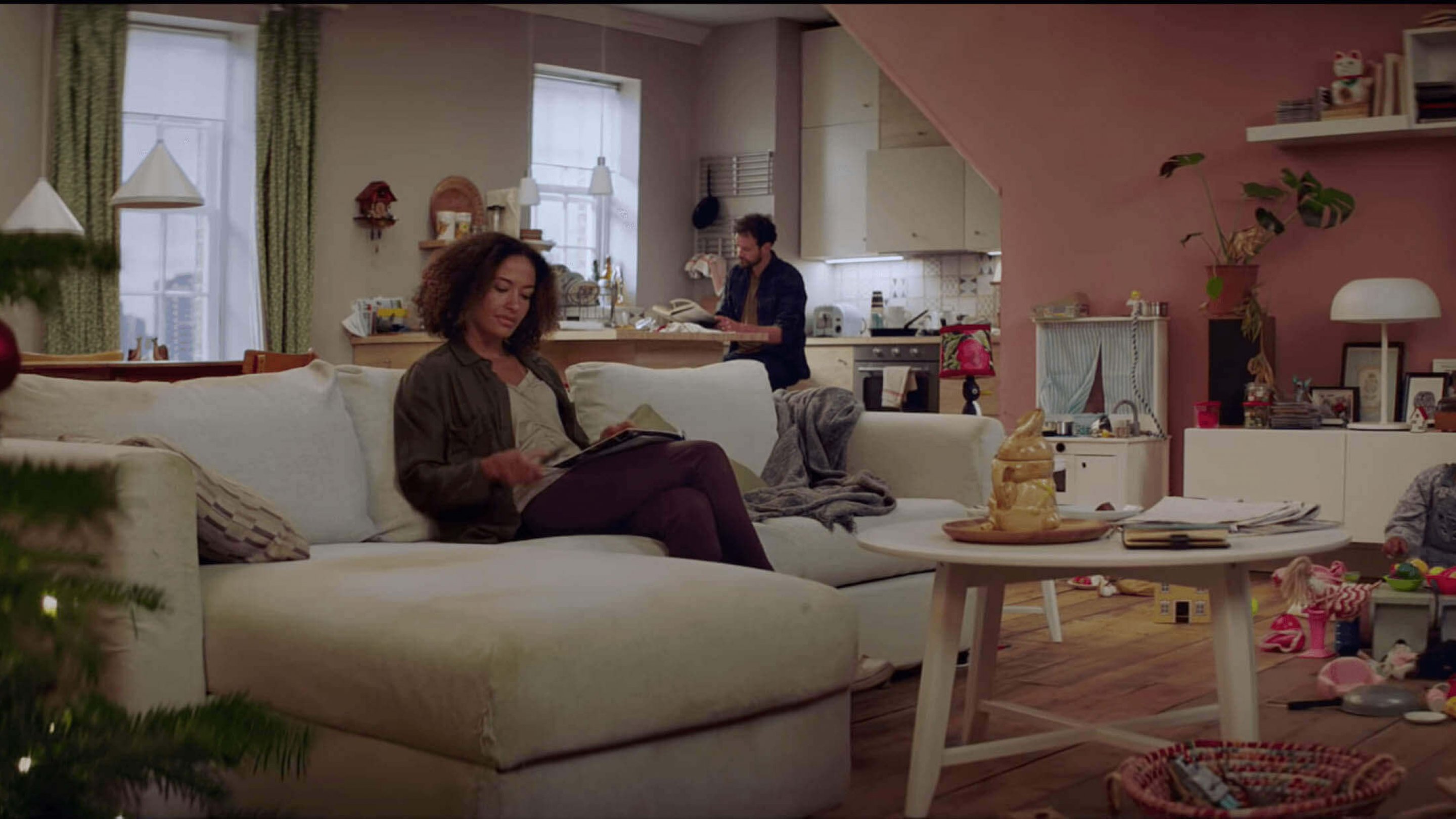 My favourite Christmas ad this year is the Dog’s Trust. At a time of year when virtually every brand out there is fighting to get their products gone, Dog’s Trust have flipped this on its head and tried instilling a bit of social conscious to try and stop dogs arriving on their doorstep. It’s such a clever take on the strapline that they’ve lived by for so many years. – Graeme McMurray 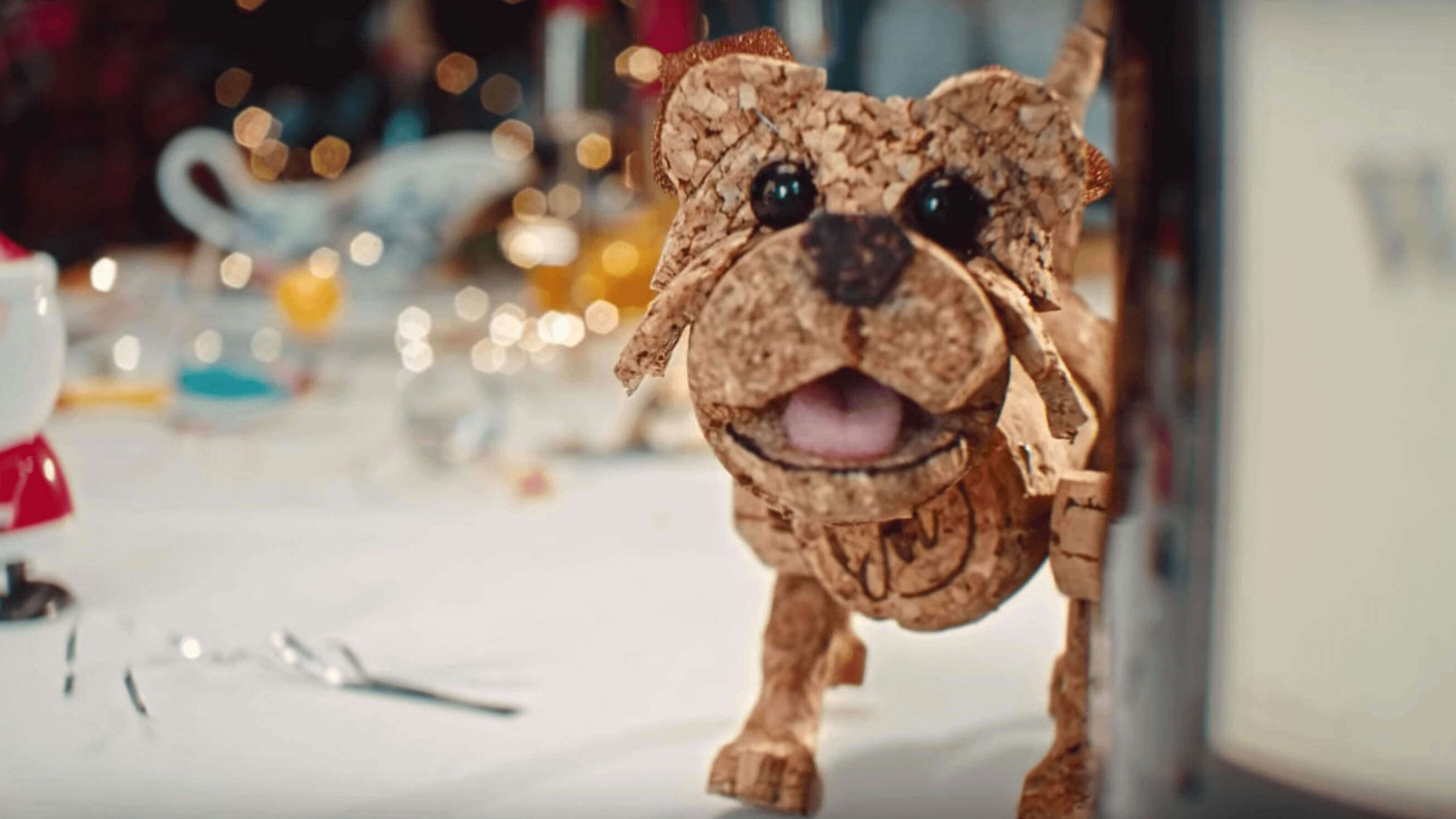 Argos Book of Dreams hits the spot for me. Borne out of true insight…who doesn’t remember circling the Argos catalogue creating your wish list, which of course always needed some hefty culling. It’s not just a memory from my childhood though, it’s still a thing, my seven-year-old does it for himself and also takes on the role of selection for his little brother. I love how the father’s dream state just keeps on going and going letting imaginations run wild; culminating with a moment between father and daughter where the giver sees the recipient’s dreams coming true…both giving it their all. Love the energy.  Pass me the Argos catalogue…I’ve got my highlighter ready. – Rachel Cunningham 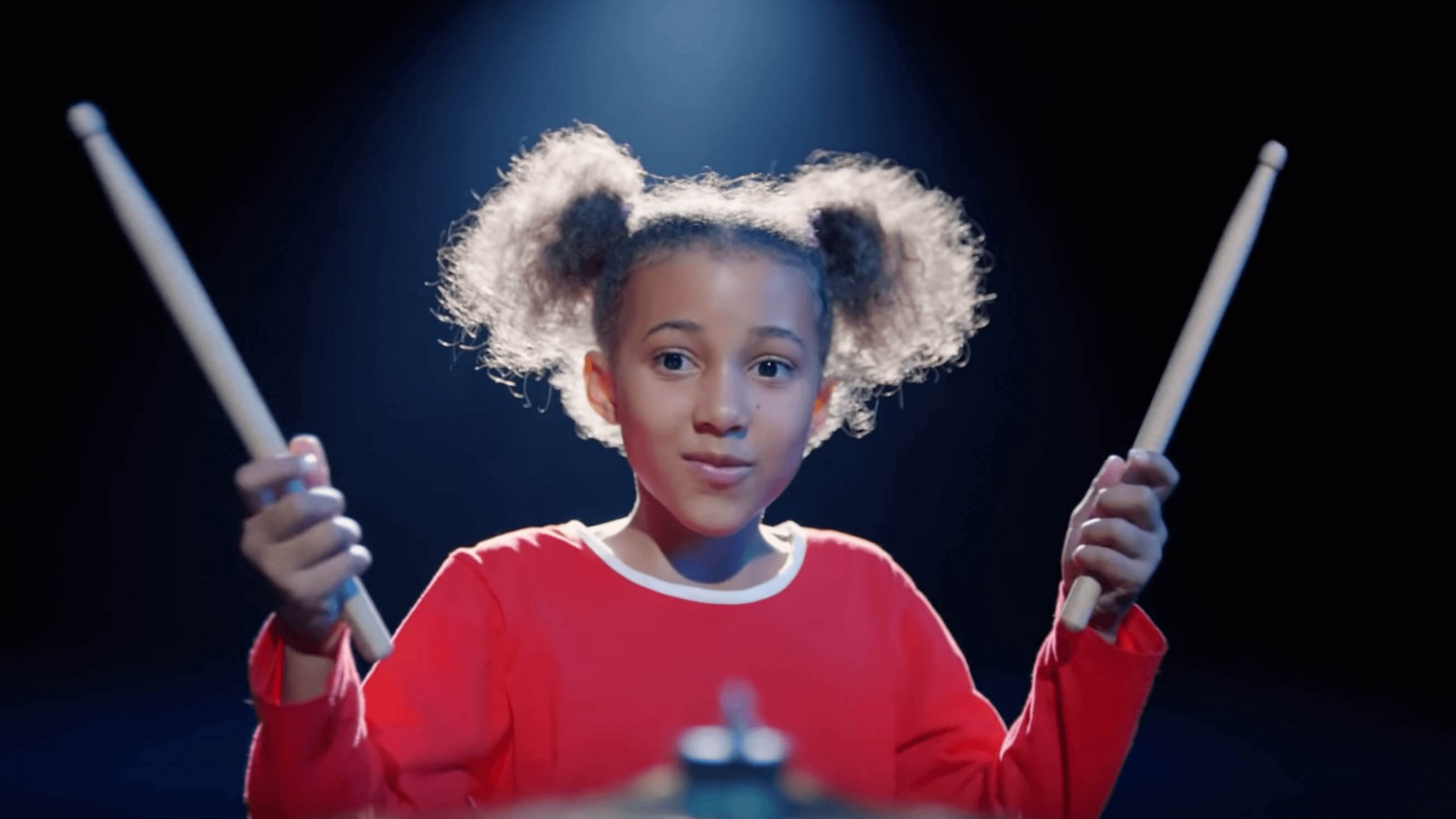 M&S have decided to go for a fun twist for their Christmas ad this year.  I like that it’s not their usual style and that they’ve also opted for hip hop 90’s classic  ‘House of Pain – Jump Around’  instead of a predictable Christmas song. Instead of only targeting an older demographic, this appeals to all generations – us Brits love a jumper! – Sarah Mathers 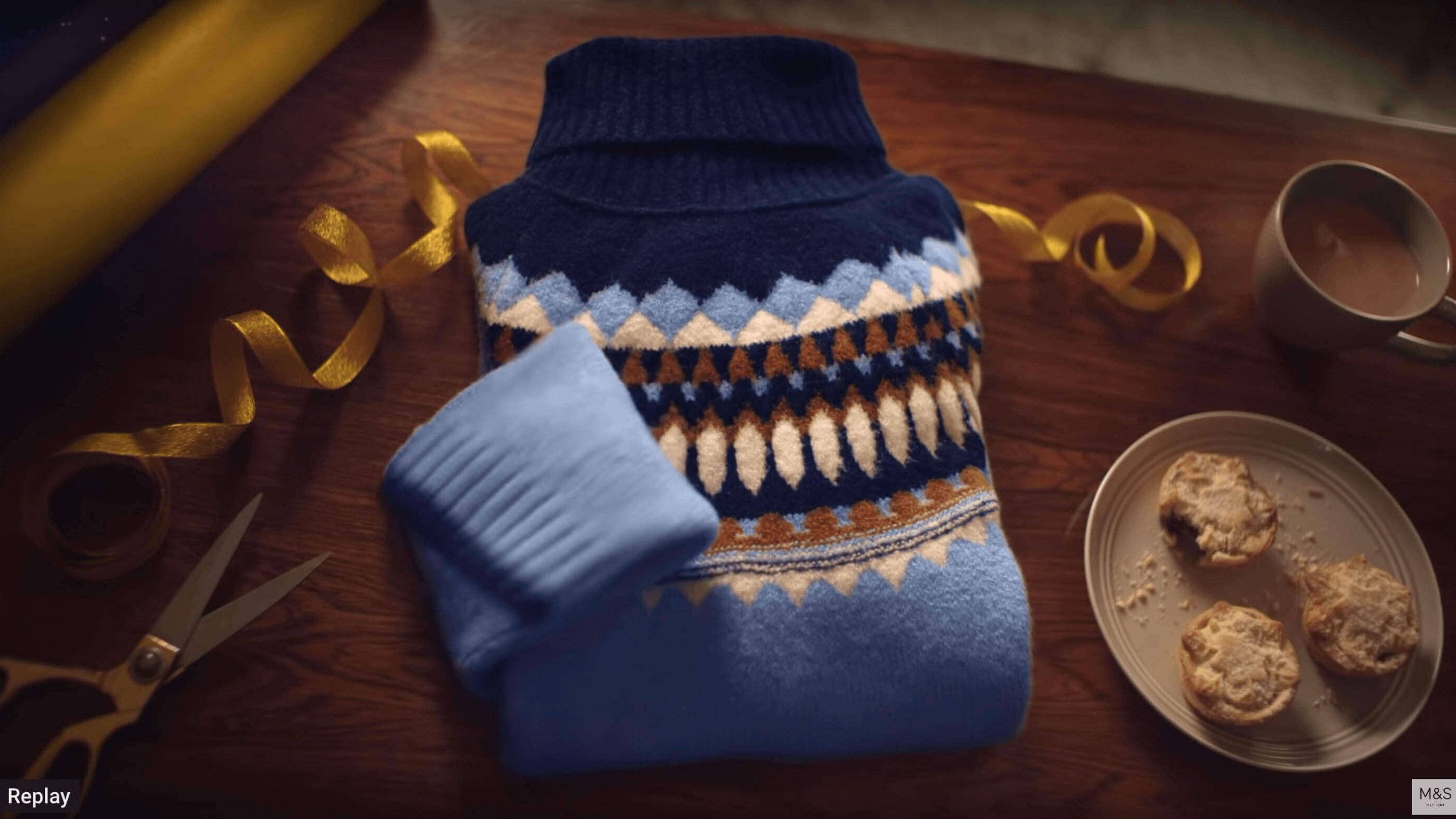 Following the hugely popular 2018 ad featuring Rang-tan which was controversially banned from TV but still managed to gain a load of traction, this year Iceland has teamed up with Disney for a Frozen 2 (get it?) themed spot. Given the success of the first Frozen film, I anticipate Iceland would have paid a hefty sum for this bespoke animation – but has it paid off? For me, no. It lacks any real emotion; the storytelling feels a bit clunky and it just left me feeling cold. Sorry Iceland, but I’m unconvinced by the magic of frozen. – Bethan James 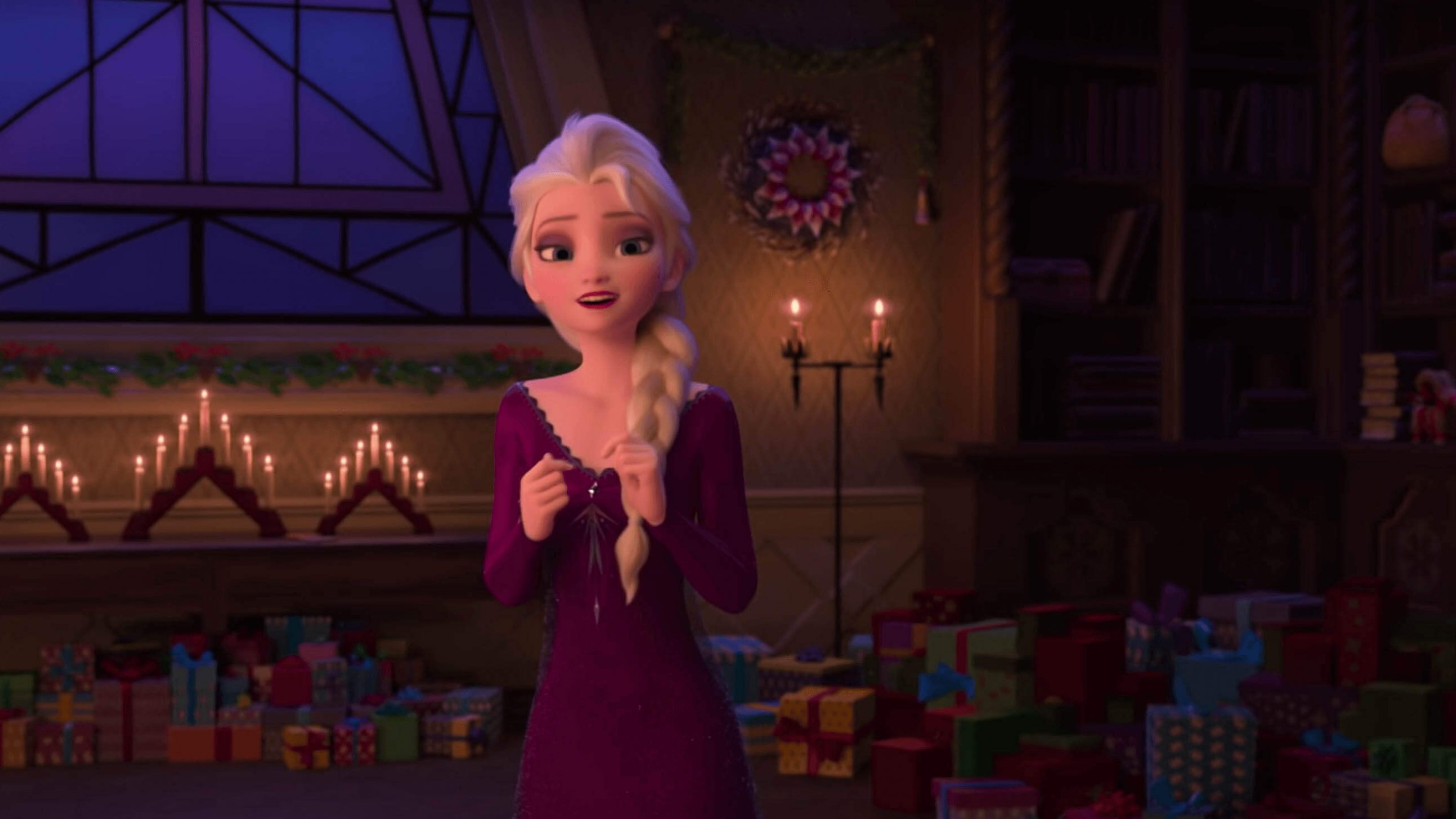 KFC look at the traditional turkey preparation and how much of a nightmare it can be. Yet every year people choose to tackle the turkey when they know it can easily go wrong. KFC have used a really sharp, energetic and stylish illustrative style (created by Golden Wolf) that is great for the target market and also the end line “We’ve got you” is a clever use of slang and language again spot on for the target audience. They know that they are not open Christmas day but again the language plays well on the whole of the build up to Christmas using the ‘Until then…’ line, mixed with alternative product shots it shifts you at the end to want some chicken. – Mark Walters 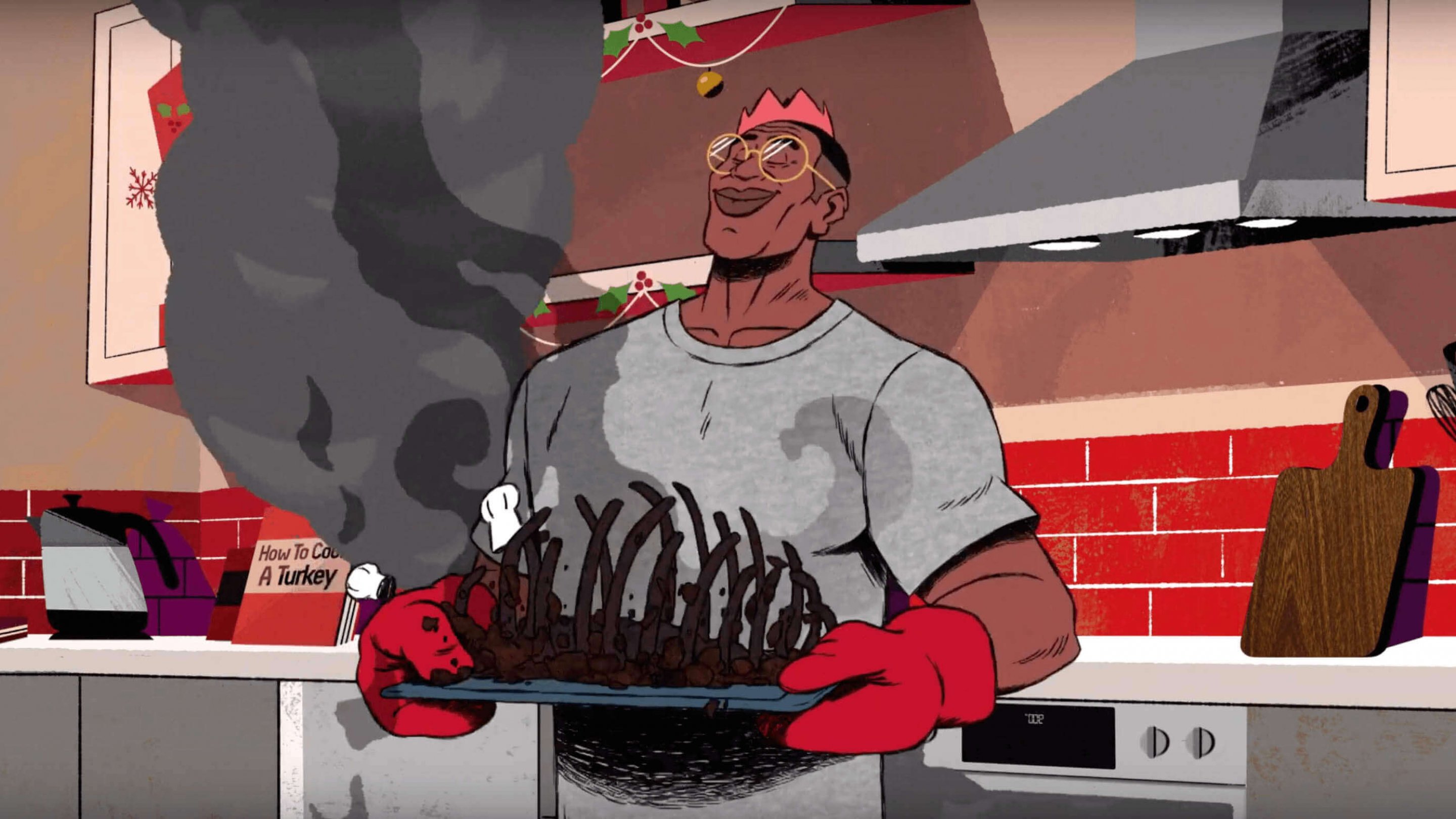 “You can buy great Christmas stuff from us that’s better than the sh*t your kids make”. Imagine a brand saying that? Well they did. And it was funny and bold and mischievous and unapologetic and what the festive period is really like. – Harman Randhawa 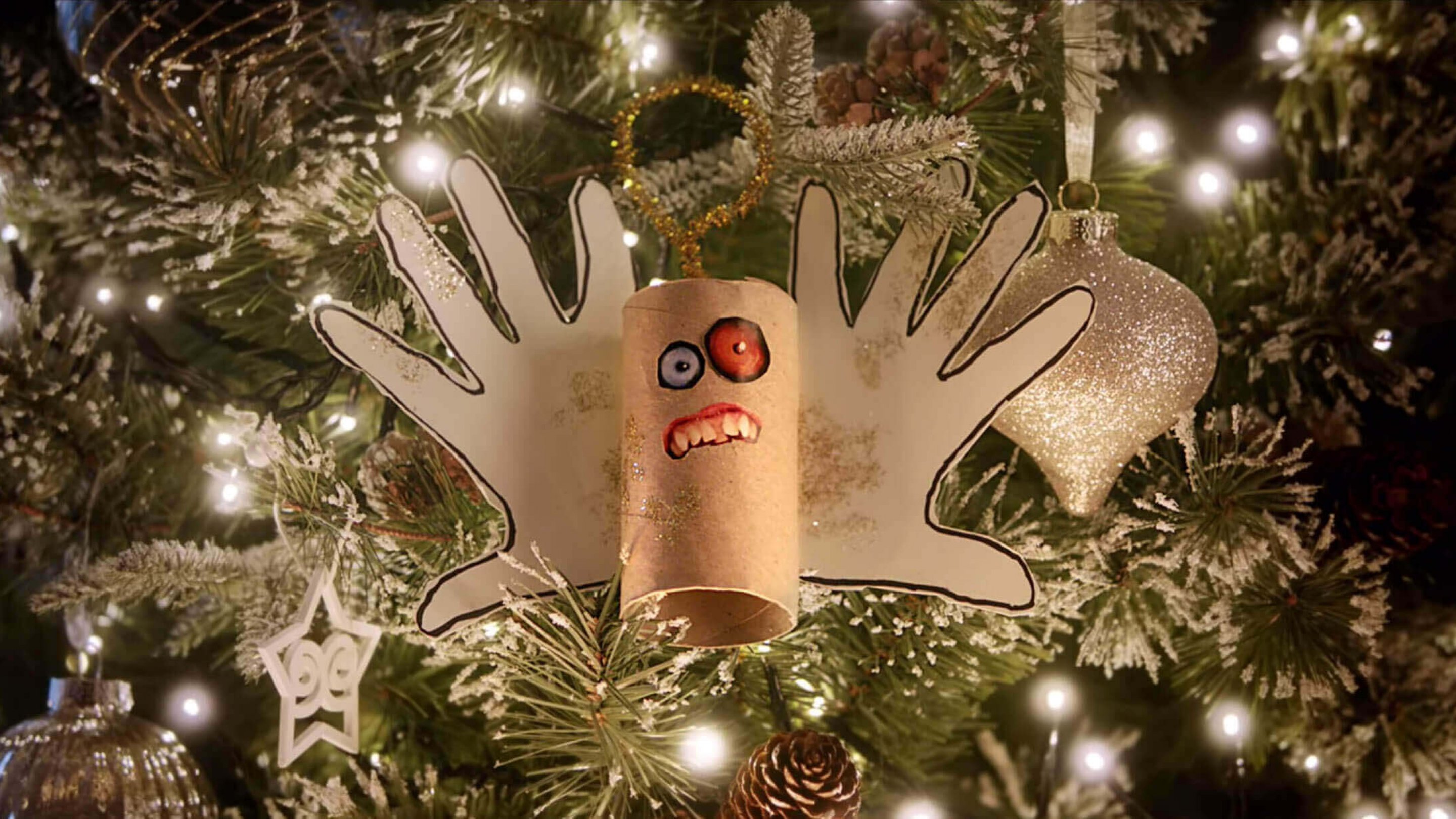 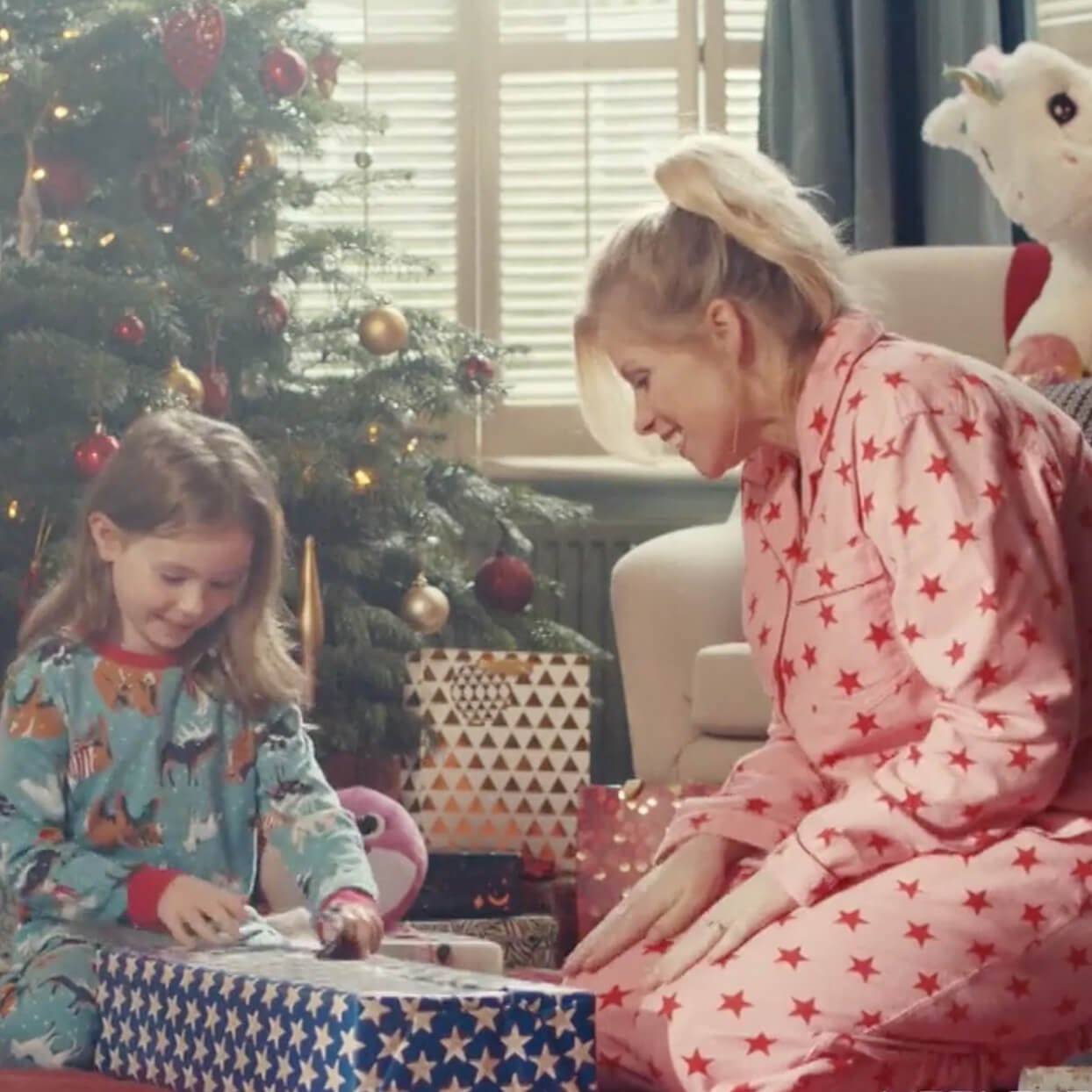 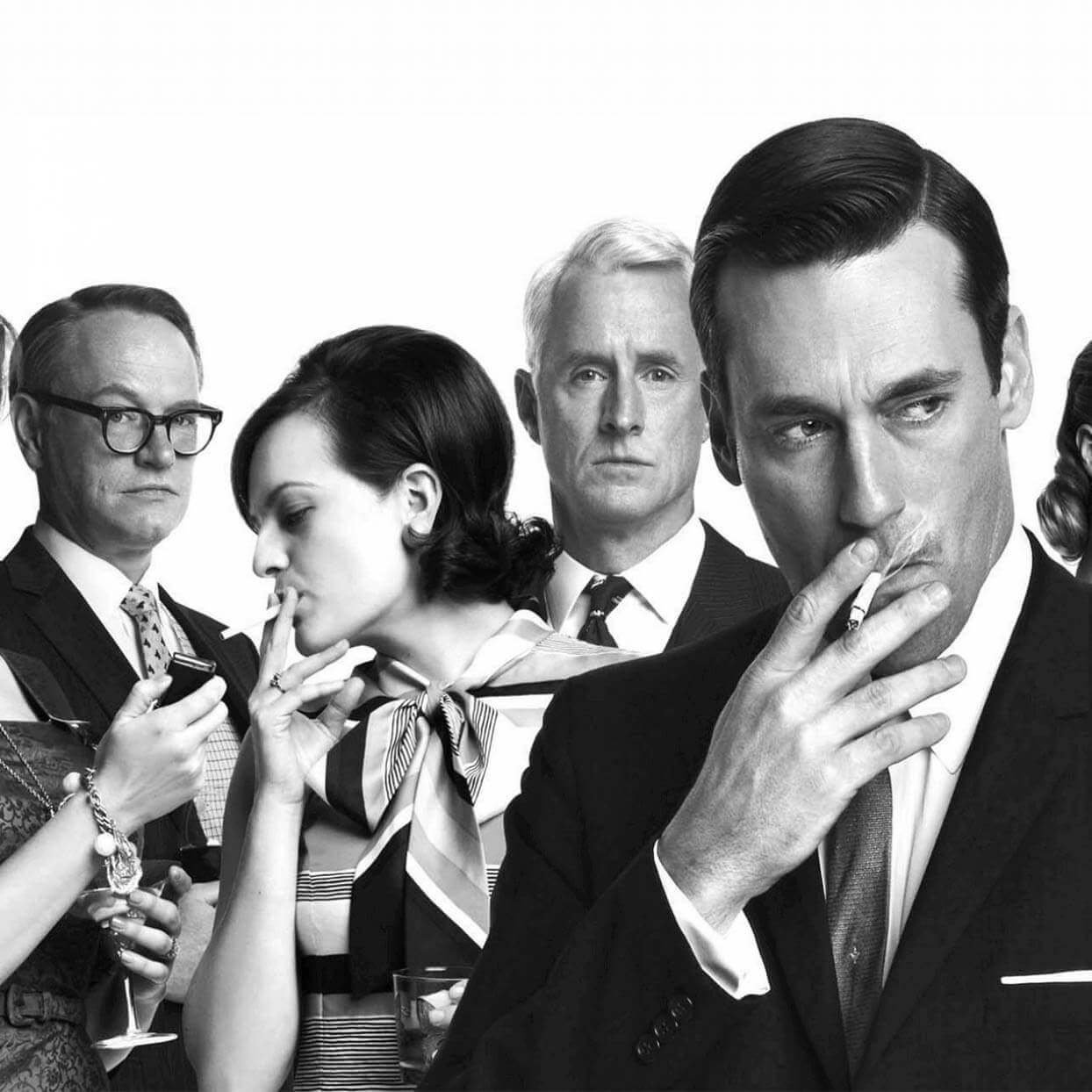 Trust us, we're in advertising

How more meaningful communication can rebuild trust in advertising.